An interview with Co-Founder Aleksey Igudesman on Music Traveler

Many musicians probably know the problem: You are on the road, travel from one place to another, have to practice or prepare professionally for a concert and have difficulties in finding a suitable and affordable rehearsal room for it in a foreign city. MUSIC TRAVELER, launched in the autumn of last year, is trying to remedy this situation. A platform that brings together musicians in search of music lovers who have an instrument at home and are happy to make it available together with space for rehearsals. The musician and co-founder of MUSIC TRAVELER, ALEKSEY IGUDESMAN, spoke with Michael Ternai.

Music Traveler has been around since autumn 2017.

Aleksey Igudesman: Yes. We started in October after a few months of testing. With a big press conference, at which the American actor John Malkovich was present.

How did you come up with the idea for Music Traveler? Was it your own experience?

Aleksey Igudesman: Of course, my own experiences also played a role. But there were also various experiences with some ladies that I have been with in the past. Whenever they wanted to go on holiday somewhere, they were always faced with the problem that if they wanted or had to rehearse during this time, they were forced to take their instrument with them. This was usually difficult or simply impossible.

Taking a piano or other large instruments on holiday is simply not possible. I then began to research whether it might be possible to find these instruments somewhere quickly in these places, which proved to be almost impossible or very complicated, especially in smaller places. At the same time, I remembered my student days and how difficult it was to find suitable rehearsal rooms.

That was actually the incentive. My first idea was to do something over Facebook. But after a short time I realized that this is actually a global thing, that this problem affects musicians, bands, and ensembles of all countries equally.

Music Traveler is also a platform that can be used not only by musicians, but also by music lovers who want to play an instrument and are looking for a suitable place to do so.

Aleksey Igudesman: Exactly. In the course of my research I realized that many music lovers would also like to make music again and again and just don’t know where they could do it. It always happens that someone has an hour between appointments and does not want to kill this time somewhere in a coffee house or anywhere else. Music Traveler offers you the opportunity to get to a room quickly, cheaply, and easily and make music and finding an instrument. The second point is that in this country, especially in Vienna, many households have instruments that are often not used. Through Music Traveler, people can easily make them available for rehearsal and rent them out for a certain period of time. Basically, our aim is to make it easy to make music.

If you take a look at the Music Traveler page, it looks a bit like Airbnb’s at first.

Aleksey Igudesman: It’s a bit like that. We wanted to develop something that felt familiar without copying anything. The site should be familiar to people, they should know how to use it immediately. This is primarily about the practical. How can I quickly and easily get a room in which I can rehearse and practice as a musician or music lover?

“I HAVE ALWAYS FOUND IT EXTREMELY PLEASANT WHEN MUSICIANS VISITED ME […]”

I assume that it is not the big problem in Vienna to find rooms or rooms in larger numbers. The situation in the countryside is probably not that simple?

Aleksey Igudesman: Yes, that’s right. It’s easier in Vienna. We now have a hundred rooms on offer. And the number is growing constantly. In other places, especially in the countryside, we are of course not yet ready. But Airbnb was no different. They started with only a few rooms too. It’s just a matter of growth. And to do that, we have to become better known. I think if we succeed, the people will come too.

I also believe that it is nice for many people when a musician comes to their home and plays the instrument. Of course, one first thinks: “Well, suddenly you have a few strangers in the house.” But I have also gained some experience in the meantime. And they were all positive. I have always found it extremely pleasant when I had musicians visiting me. Some of them were also incredibly talented.

The great thing about Music Traveler is that you can be a host on one side and search and make your own bookings on the other. What was very important to us from the beginning was to offer the service as safely as possible. In the event of damage, each instrument is insured for up to 100,000 Euros and a private object for up to 2,000 Euros.

Aleksey Igudesman: Exactly. We also have some very good studios where you can book. And we are working to make it more. This will take time, of course. But I’m very confident. Many people say that Music Traveler is a kind of Airbnb for musicians. I would rather say it is a mixture of Airbnb and Booking.com, where you want to book something cheap and fast. On Music Traveler you will find private rooms that you won’t find otherwise, but also studios that you can book quickly if required. 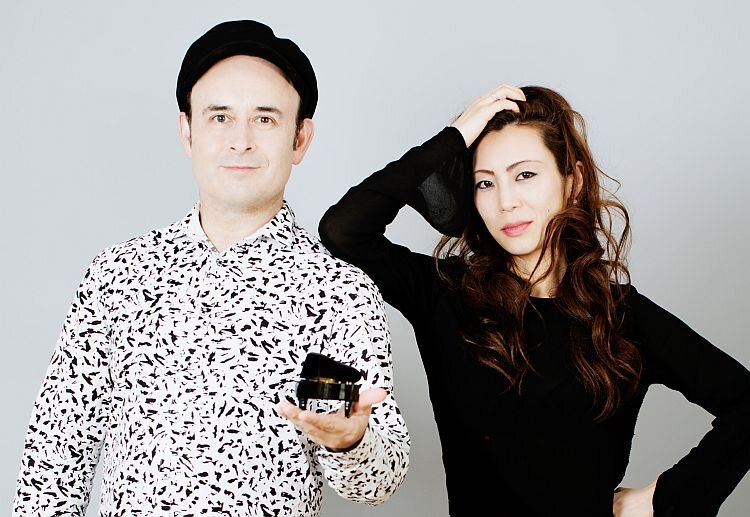 I think the realisation of such a site can’t be done alone. What does your team look like, who are your partners?

Aleksey Igudesman: I really do have a great team behind me. First and foremost co-founder Julia Rhee. She really is a great woman. She studied piano in Vienna and Paris, but then went to New York to study economics. Today she is a successful businesswoman who has already built up several companies. I met her during my studies and she is still a very good friend. I talked to her about my idea and she said that it was exactly the idea she was waiting for. Namely, a project that combines her old world, music, with her new world, business. She really helped build Music Traveler.

The core team of Music Traveler is based in Vienna. Among others, Dominik Joelsohn, who is in charge of all operations here, and of course several other people who are responsible for various other tasks.

In addition, we have several cooperations, such as with the city’s music universities. They gave us the opportunity to promote and present Music Traveler. And of course we are working on getting in contact with the many music schools of the country.

How did you finance Music Traveler? Who supported you?

Aleksey Igudesman: Many thanks to the Vienna Business Agency. They were convinced of Music Traveler’s potential right from the start. Their promotion works in such a way that you have to prove that you can get half of the money you need in through investors. And we did that. We could really get some very renowned people enthusiastic about our idea and win them over as Ambassadors. The world-famous film music composer Hans Zimmer, for example, is one of the investors.

Others are the actor John Malkovich, the musician Billy Joel, the pianist Emmanuel Ax, the Chinese pianist Yuja Wang and the long-time member of the Vienna Philharmonic Clemens Hellsberg. 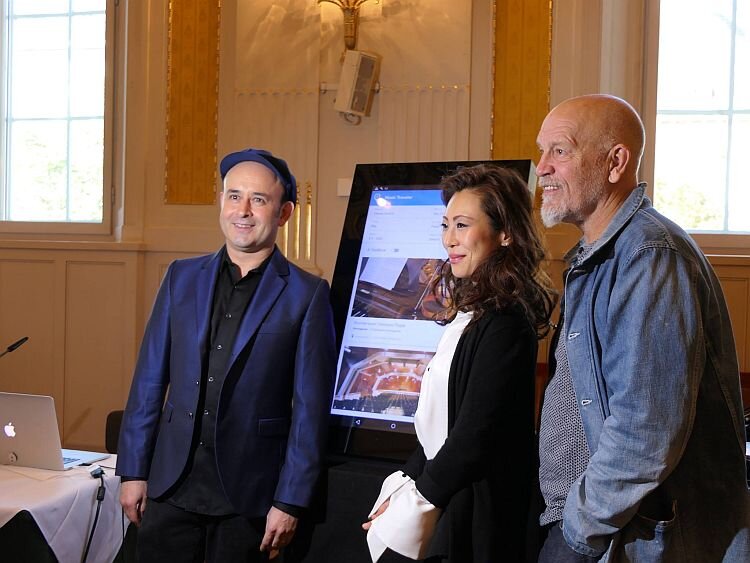 The nice thing about the Vienna Business Agency was that it not only supported us with money, but also gave us the opportunity to present Music Traveler worldwide. Among other things, we were able to introduce ourselves at the start-up conference held as part of the SXSW Festival. The Vienna Business Agency has also supported us in many other areas.

What are the next steps after a successful start?

Aleksey Igudesman: We definitely want to expand now and plan to officially launch in Germany and Switzerland in June. And of course it is also a matter of broadening the offer here in Austria – in Linz, in Salzburg, in Graz and in the other cities. To this end, money must, of course, continue to be raised.

In addition, we have created a new, fresh, young and inspired tech team because we have noticed that there are still many opportunities to improve the service. We want to make the website even more comprehensive and offer even more features. Our plan is that in the future you can also buy or lease a piano from us, for example. We have a partnership with Steinway.

I will also be in Asia this year, where I will have some meetings. In Singapore, among other places. This is where one of our investors comes from, who also runs the Amadeus International School here in Vienna. Both, I and the investors, think Singapore might be a good starting point for Music Traveler in Asia, as it is – similar to Austria – a small country in terms of population. And then, of course, we will try to gain a foothold in London, Paris, and New York. It will definitely be very exciting.